#88: Tips On Our Latest Update

The most recent release of the Advisors Assistant Workstation is now in the hands of every Web Hosted user and in the process of being introduced to our Computer Based users.  The most obvious change is simply visual, as we subtly updated quite a bit of the user interface to improve its appearance on modern displays and improve overall readability.  However, we also introduced quite a few fixes and new features.  As always, we publish a changelog for public releases, however it’s worth focusing a QuikTip on some of the more important features.

We listen carefully to our users’ suggestions and rank them based on the number of people wanting a similar change.  The big winner for this release was the ability to Move Notes.  The new Move Notes feature allows users to move a note to a different name record or to a different topic in the same name record.  It’s easy to use–and quick! 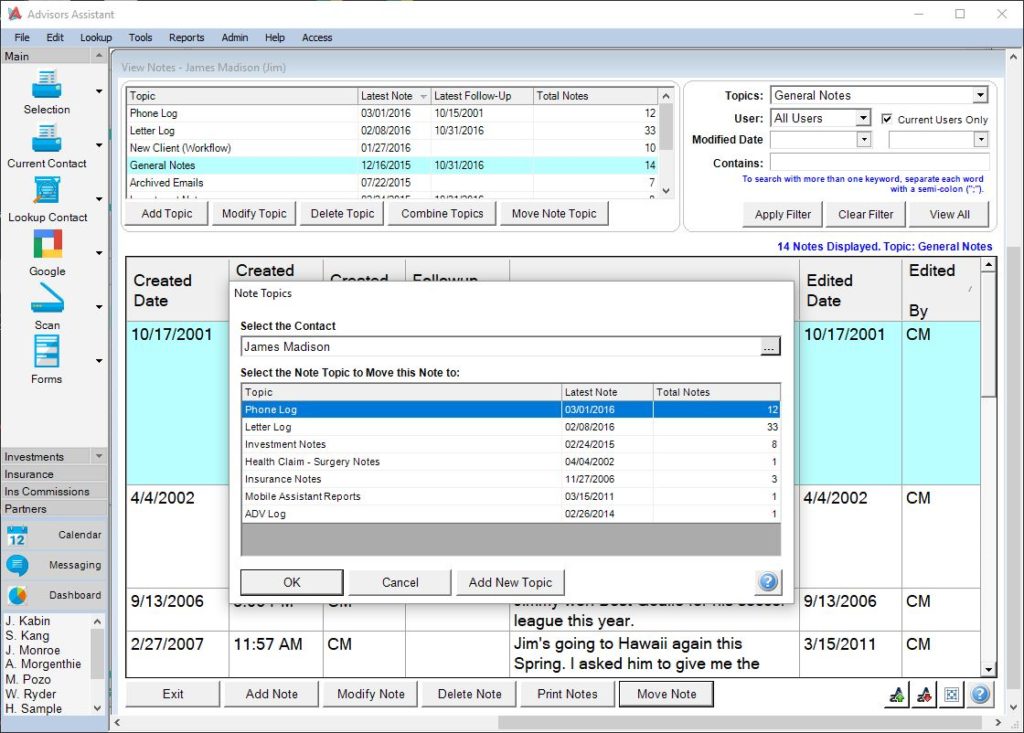 If moving a single note isn’t enough, we’ve also added an option to move or combine entire note topics.  This takes every note from the source topic, moves it to the target topic, and eliminates the source.  You can move notes to another topic within the same contact or to a different name record entirely.  If the topic doesn’t exist in the target name, the feature allows you to create it during the move.  As with the Move Notes feature, the notes keep their same timestamps and contents.  You want to be certain before you use this feature because it is very easy to combine notes into a single topic, but there’s no way to undo it!

Incidentally, if you use the Combine Note Topics feature on the Archived Emails topic, it only copies the notes instead of moving them.  It’s a failsafe to keep the archived topic in place.

Users seem to love our “Add Markets to Selected Names” feature, but also tend to ask if they could use the same process to remove Market tags.  This latest update adds a “Delete Market From Selected Names” option.  You can use this to remove contacts that no longer qualify for a market or have dropped out of a campaign.  Both the Add and Delete choices, along with other mass tools, are available in the Search Results Page. 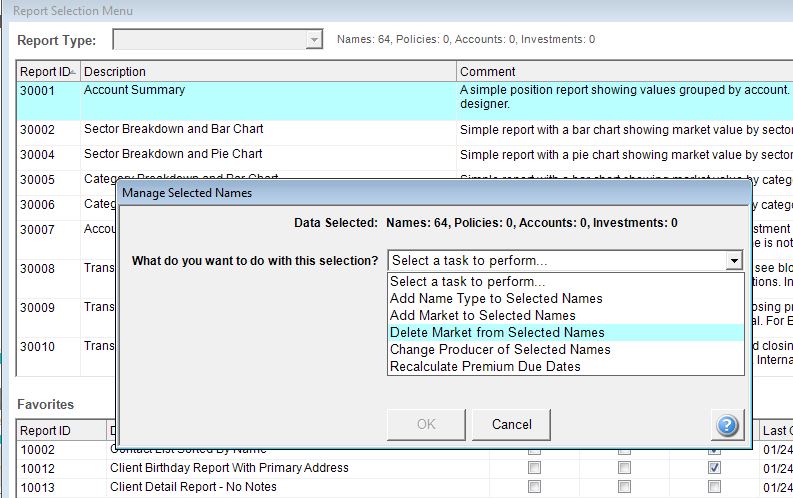 We’ve long offered a number of free, position-only download tools to use in conjunction with our Investment Module, but they used to need individual activation.  Sometimes we’d find users who didn’t know they were available, so we went ahead and added them to everybody’s workstation.  Now, everyone has immediate access to the Albridge, Black Diamond, and Orion download tools.  You’ll find them in the Partners menu. 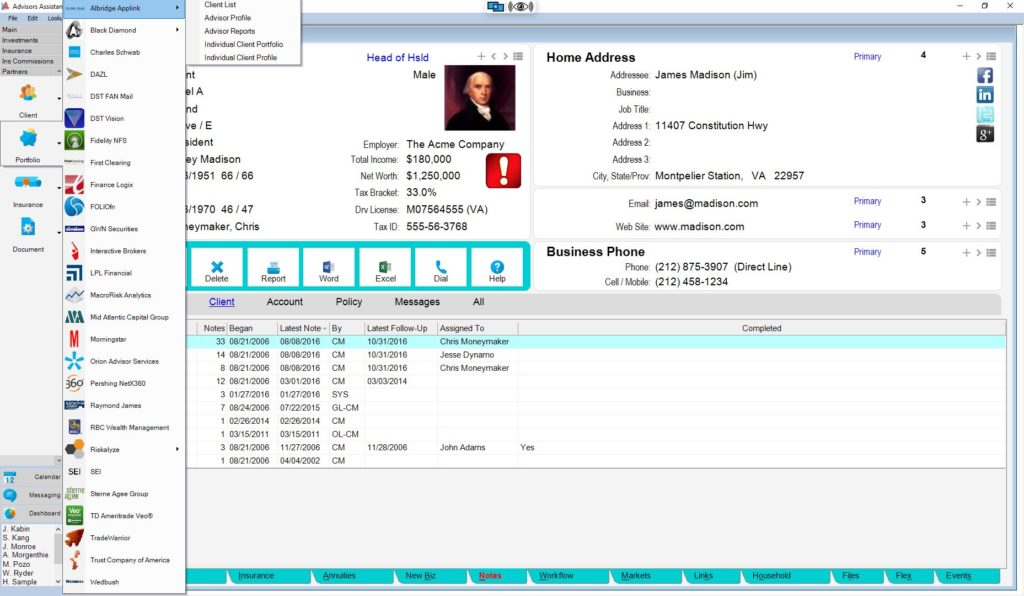 We’ve also graduated a new premium, transaction download module to wide availability- RBC Wealth Management.  Contact us if you’d like to add the RBC module to your subscription.